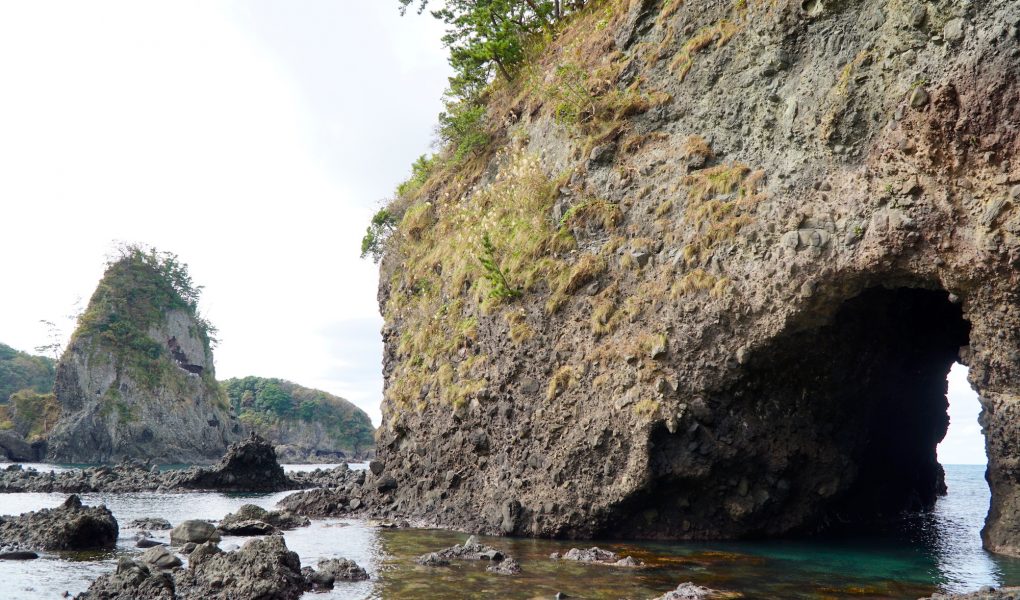 Located with it’s entire west coast facing the Sea of Japan, the Noto peninsula is known as a rough place to live. The rough coastal landscape along the Noto Kongo Coast is a testimony to the harsh conditions. The roughness of this stretch of coast is especially visible at Ganmon Sea Cave (Ganmon Cliffs). Here the weathered rocks and eroded caves can easily be observed by foot.

There is a big parking area located right next to the famous Ganmon rock. Naturally there’s also a gift shop and a small restaurant. A small park comprising a number of foot paths can be found up on the cliffs, as well as some down on the rocks when the tide is low. The main attraction however is the Ganmon “Gate Rock” and the sea cave next to it.

On the left side of the park is a set of stairs which lead you down to the water. Here, a large cliff called “Ganmon” rises from the water. A big hole has been eroded in the cliff which makes it look like a gate, hence the name “Ganmon” which literally means “Gate Rock”.

Right next to the “Gate Rock” is a cave which has been eroded by the water over the years. You can explore this small cave by foot, and continue out by taking a set of stairs leading you up through a narrow tunnel. It’s said that Minamoto no Yoshitsune, a famous samurai, hid in this cave. I haven’t been able to hunt down much information about that story however.

A couple of tour boats operate from the coast. For ¥1100 (2018) you get a 20 minute tour of the coast and it’s beautiful rock formations and caves.  The dock is located below the park. If you walked through the cave you will see the boat when you emerge from the small tunnel.

The rocks in front of the cliffs are quite flat, making it a great place to explore tide pools when the water is low. I highly recommend you to take a walk around and look for small fish which have been trapped by the tide. It’s quite entertaining for both adults and children. At times the landscape can feel like you are on another planet.

By car: going by car is highly recommended! you can reach Ganmon in approximately 1h20m from Kanazawa or 1h45m from Toyama. There are several free parking areas around Ganmon. Parking area coordinates: 37.094706, 136.727814

By bus: there are a number of options for getting to Ganmon by bus. None of them are very time efficient or flexible. I highly recommend that you consider renting a car or booking a sightseeing tour. 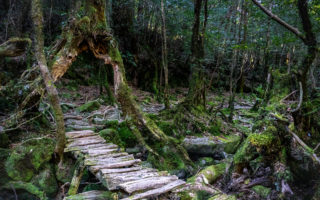 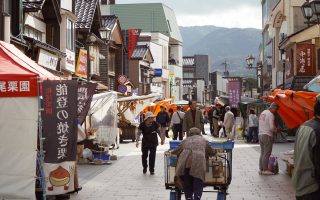