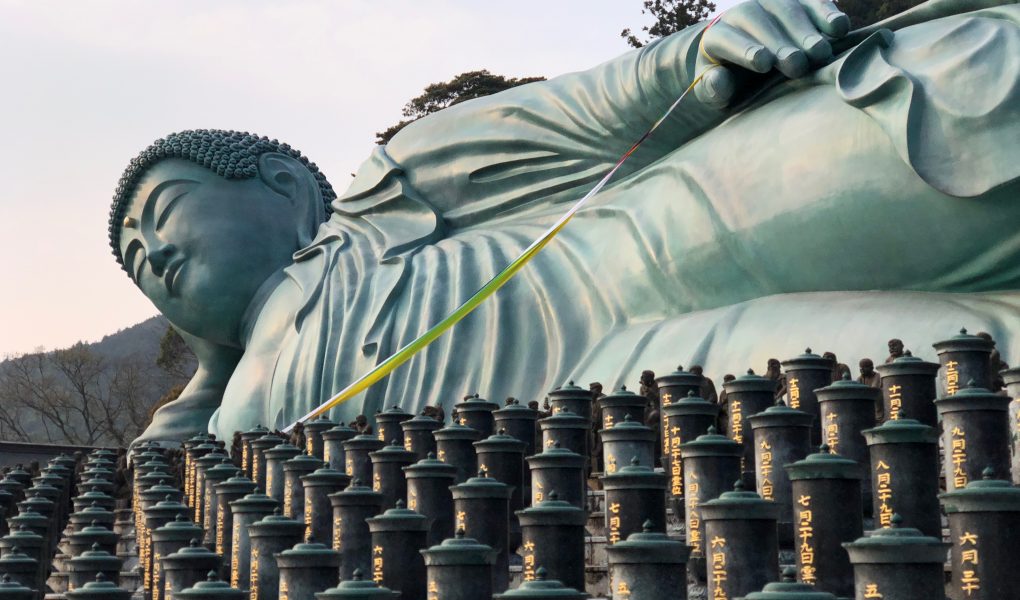 By far, the main attraction at Nanzo-in temple is the huge reclining Buddha statue. This is what attracts most people, and admittedly the statue was also what attracted me in the first place, though Nanzo-in has many other things to offer (see my post about Nanzo-in).

The huge and impressive statue lays with a nice green backdrop of the forest and a collection of 365 columns or jars in front of it. It’s not overrun by tourists like Dazaifu, but is just as easily accessible from Fukuoka.

Meaning of the columns

I’ve read three or four different explanations of the columns, but the most plausible I could find was that the columns represents each day of the year, and people come here to send messages to their ancestors and lost ones. The messages are written on a piece of paper and placed inside the jar corresponding to the death day of the person. I think this is a really a beautiful way to remember your loved ones. Other sources explain that ashes of the deceased are stored in the jars – this is somehow in line with the “message” story. I tried my best to count the columns and decipher the writing on them, and it’s pretty clear to me that each column represents a day of the year, arranged in a grid format. Rows are months and columns are days. You also clearly see that rows 2, 4, 6, 9 and 11 miss jars compared to the other rows. Those numbers of course represent February, April, June, September and November which are all the short months of the year.

Why Buddha is reclining

The statue of the reclining Buddha is a bit unusual for Japan. In Japan, usually Buddha is depicted in a seated meditating pose. The reclining Buddha, which symbolizes his crossing into Nirvana, is very common in south-east asian countries like Thailand and Myanmar, and not surprisingly the statue is linked to Myanmar. Nanzo-in has donated money to the poor in Myanmar and Nepal for many years, and as a thank you a Buddhist society from Nepal decided to donate some of the ashes of Buddha. The big reclining Buddha in Nanzo-in was built to house those ashes.

Is the reclining Buddha really the biggest in the world?

Do you want to learn more about the amazing Nanzo-in temple? Then I recommend that you read my post about Nanzo-in which covers other attractions, like the giant Fudo statue!

By train: from Hakata station take the Sasaguri line (direction Nogata) to Kidonanzoin-Mae Station. From here it’s a 5 minute walk to Nanzo-in. The train is covered by the JR Pass. 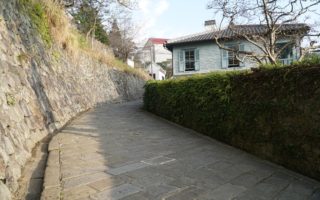 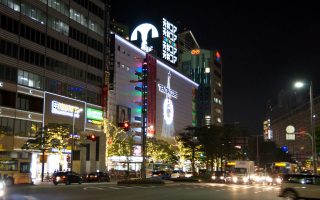 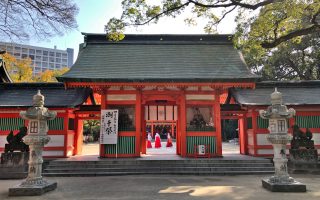