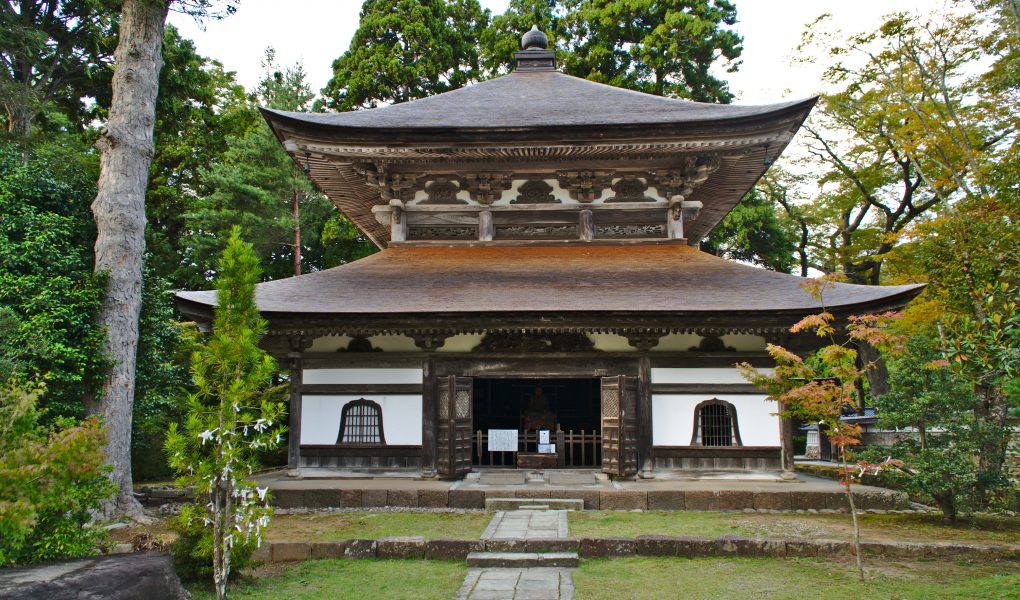 Sojiji Temple, or Sojiji Soin Father Temple, is a Zen temple located on the Noto Peninsula, in Ishikawa Prefecture. Sojiji was historically a very important Zen Temple in Japan, overseeing 16,000 subordinate temples across the country. Sadly large parts of the temple were destroyed during a fire in 1898. Over the years the buildings were all reconstructed, but the temples important role as a center for missionary work for the Soto Zen sect was moved to another temple in Yokohama, just south of Tokyo.

Renovation the Sojiji temple is currently under renovation. The temple remains open to the public, but with limited access. The renovation is expected to continue until 2021.

Sojiji Soin (officially called Shogakusan Sojiji Soin) was founded in 1321 by Zen Priest Keizan Jokin. The history starts earlier than that though. In the 700’s the temple existed as a smaller entity within the precsinct of a Shingon shrine called Morooka Hiko Jinja. In late 13th century the temple had grown so much that a full-time priest could be assigned.

The temple was relocated in 1321 and the assigned priest Joken moved with it. Joken gave the responsibility for the old facilities to Keizan Jokin. Keizan, who would be known as the second great founder of Japanese Soto, changed the temple to a Soto Zen temple. In this connection, the name changed to Shogakuzan Sōji-ji.

In 1322, the year after the Sojiji was established, emperor Godaigo honored the temple by proclaiming it Chokuganji, meaning that it is a temple built at the order of the emperor. Godaigo was a dedicated believer and follower of Zen Master Keizan.

The imperial designation of Sojiji was followed by great prosperity, and at it’s peak the temple oversaw more than 16,000 subordinate temples across Japan. Part of it’s successful spread was due to the temple tradition of sending monks out into the country side. Here, the monks would convert the small, local chapels into real temples.

On the unfortunate day of April 13th 1898, most of the temples main buildings burned in a big fire. As a consequence of the fire, the missionary work was moved from Sojiji on the Noto Peninsula to Sojiji in Yokohama on Japans east coast.

The reconstruction of the temple began, with the purpose of reviving it as an ancestral mausoleum. The temple took great damage in the big Noto earthquake of 2007, but is being reconstructed at the time of writing.

Upon entering the temple grounds, the first building you encounter is the Kyo-zo sutra repository. The building was constructed in 1743 and is lacquered and decorated with metal fittings. Today the Kyo-zo of Sojiji is designated as an important cultural asset of Ishikawa prefecture. Kyo-zo is a structure which holds a  temples sutras.

Constructed in 1932, the temples main gate is relatively new. Nevertheless it is extremely impressive, with a height of more than 17 meters and and depth of more than 14 meters. The construction, which is made entirely of zelkova wood, enshrines several important relics, including images of Kannon and Jizo, ancient images of the 16 arhats and 500 arhats. A large calligraphy tablet with the writing “Shogakusan” hangs on the second floor. The tablet was written by Maeda Tshinari-kou, a Japanese general and 16th head of the Maeda clan.

This building is where the temple is managed from. The complex includes reception, kitchen, bathroom, lavatories, private rooms and guest rooms.

The main building (Butsu-den) was constructed in 1912. This building enshrines the temples main image of Buddha, along with Bodhisattva and and Bodhidharma.

This hall holds sacred images of the founder, Keizan Jokin along with images of the father of japanese Soto, Dogen and Keizans successor Gasan. The temple’s guardian deity Sanbo-daikojin is also enshrined as is Joken, the priest of the the temple which was here before Sojiji was established (see history section).

A charnel house is a building where physical remains of deceased are kept.

This beautiful building is dedicated to keeping the spirit of Keizan (the founder) sacred. It was constructed in 1693, but has been damaged in fire at some point. The form of the building remains mostly the same as the original though. The priests of the temple still serve this building every morning and evening to keep Keizans spirit sacred.

The Kannon-do, enshrining a Kannon image, is the oldest building on the temple grounds. In fact, the building was already there when Sojiji was founded in 1321. The buildings age and it’s location between old pine trees gives a unique experience of ancient times, peace and quiet. Every year on July 17th the Kannon festival takes place. The Kannon image is only on public display on the day of the festival.

This is the building where Zen meditation is practiced. Every morning and evening monks can be seen meditating here. Notice the cusped windows which traditionally were a feature of zen style architecture. This style of windows is called Katomado, and is easily recognized by the bell shape. The original meaning of Katomado is “fire light window” or “flower top window”. The building was reconstructed in 1930.

Sojiji has a number of objects which have been designated as tangible cultural assets by Ishikawa Prefecture.

By car: Sojiji Soin Temple is located along main route 249 on the Noto peninsula. It makes a natural stop en route from Kanazawa to Wajima. Parking is available at the city hall, right in front of the temple entrance. Parking coordinates: 37.287216, 136.768389.

By train/bus: the nearest bus stop is Sojiji-mae bus stop. This bus stop isn’t serviced very often, so it’s recommended to get off at Monzen Bus Stop and walk 10-15 minutes to Sojiji. 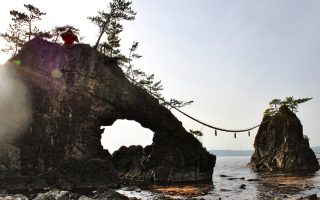