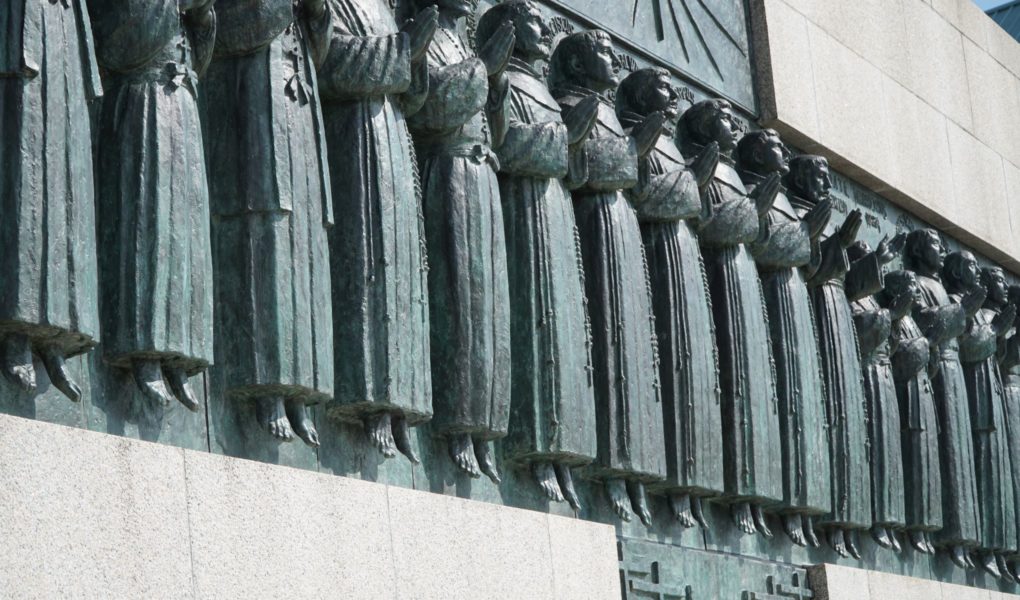 The 26 Martyrs Museum in Nagasaki is a museum dedicated to 26 Catholics who were crucified in Nagasaki in 1597. The museum has a large monument in front of it, and has a large number of original artifacts and relics on display inside, including a number of Maria figures disguised as buddhist Kannon figures . The museum tells the story of Christianity in Japan, and how it was banned and it’s followers persecuted.

The 26 Martyrs Museum and Monument is located on Nishizaka Hill in Nagasaki. The view over Nagasaki from the hill is nice, but this location has a dark history. This is the actual location where, in 1597, twenty six Catholics, of both Japanese and foreign origin, were crucified on orders of the Shogun Toyotomi Hideyoshi.

The museum displays a large number of artifacts related to both the 26 Martyrs, but also generally items related to the arrival and spread of Christianity in Japan. There are many documents, worship figures, letters and personal belongings on display here. Outside the museum is a massive monument to the Martyrs. Twenty six persons are shown on the monument. On careful inspection it can be seen that a couple of the depicted persons are smaller than the rest. This is because some of the crucified Christians were young boys.

Near the Museum is the St. Phillip Church, a memorial to the twenty six martyrs. The church seems to be built with inspiration from the Familia Sagrada in Barcelona, Spain. On a hillside near Glover Garden, about 2km away, is Oura Church. The Church’s official name is “Church of the Twenty-Six Martyrs of Japan“, and it has a tight connection to the monument and museum. It is highly recommended to visit both the monument, museum and Oura Church, for the completely history and insight into the christian history in Japan.

History of Christianity in Japan

Christianity first came to Japan in 1549, when the Portuguese missionary Francis Xavier arrived in the country. The same year he gained permission from Shimazu Takahisa, the feudal lord of Kagoshima in southern Kyushu, to establish a catholic mission. Takahisa was hoping to start a good trade relationship with Europe, by allowing the christian mission. The idea was at first supported by the Shogunate, who saw it as an opportunity to create some counteraction for the strong Buddhist movement in Japan.

Christianity spread quickly through Japan, especially southern Japan, and the Shogunate started being opposed to the Christian presence in Japan. The ruling government now saw the Christians as a threat to their rule, and with fears of colonization and loss of power they started persecuting Christians in the later part of the 1500’s.

In 1597 twenty six Christians from various backgrounds – including native Japanese (both men and young boys) – were executed in Nagasaki, by public crucifixion. The execution was a direct order from the Shogun, Toyotomi Hideyoshi.

The following years saw more executions and battles, but effectively Christianity was suppressed towards the end of the first half of the 1600’s. The twenty six Martyrs of Nagasaki became famous as they were the first to die in Martyrdom, but many other cases followed. In 1632, fifty five Christians were also executed in Nagasaki – an event which has been dubbed the Great Genna Martyrdom.

By tram: the nearest tram stops are Nagasaki Station and Yachiyomachi Station. Tram lines no.1, no.2 and no.3 stop here. From either stop it is a 5 minute walk to the museum.

By foot: from Nagaski Station it is a 5 minute walk to the 26 Martyrs Museum. The last part of the walk is uphill. 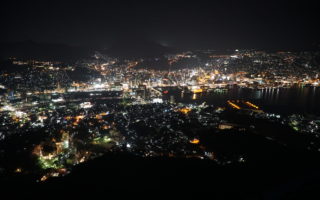 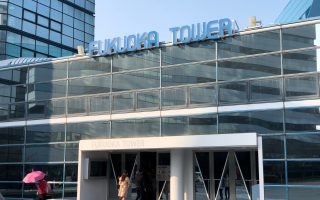