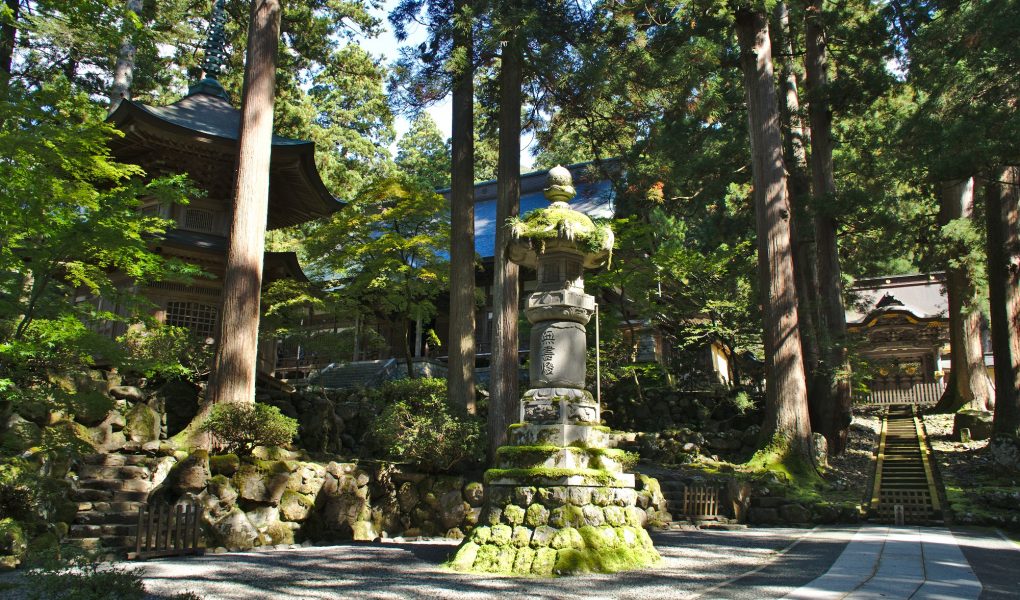 Eihei-ji is an ancient Sōtō Zen temple, located in the wooded hills outside Fukui City in Fukui Prefecture. The temple, which was founded in 1244 by Dōgen, is made up by 70 buildings and structures. Eihei-ji’s buildings are located at different heights up along the hill, and many of them are interconnected with covered wooden walkways, making the temple grounds feel like a magical labyrinth of ancient structures just begging to be explored. From the highest located buildings there are amazing views over the woods and the temple complex. Eihei-ji has a sister temple, Soji-ji Soin located on the Noto Peninsula.

Already as you approach the temple area you can feel the unique atmosphere of Eihei-ji. The old, majestic trees rising everywhere around you, Buddha figures placed in the moss covered space between the trees and ancient wooden buildings seamlessly merging in with nature.

Eihei-ji temple is an active monastery for training of monks in the Zen practices. Today over 100 monks stay here and practice shikantaza meditation (also known as zazen in Chinese) – a type of seated meditation specific to Dōgen’s Sōtō Zen buddhism.

Visitors enter through the large Tsūyōmon gate, where an entrance fee is paid. From there, you continue into the Reception hall (Kichijōkaku) where a monk gives you an introduction to the temple and it’s rules in Japanese (introduction takes places continuously). After the introduction, visitors are let into the temple grounds and are now free to roam around the temple’s public buildings and walkways.

The first building after the reception hall is the Sanshokaku hall, a large open space which features a stunning, coffered sealing. 230 circular paintings of nature motifs were made on the ceiling in 1930. It is easy to loose yourself in the beauty and detail of each of the unique pieces of art.

Painted ceilings at Eihei-ji Temple. All photos above © touristinjapan.com.

Moving on from the Sanshokaku hall, you are free to explore the maze of interconnected buildings and walkways. Especially worth seeing are the Sanmon gate and it’s statues of the Four Heavenly Kings , the Budsuden “buddha” hall and it’s figures of the three Buddhas, the Hatto lecture hall at the top of the hill and the Joyoden hall which holds the ashes of Dōgen. It’s worth noticing how the main gate, buddha hall and the Main Hall are located on a straight line, as is common practice for laying out Zen temples.

As the temple is an active monastery, and an important center of Zen study, all visitors are treated as religious students. Therefore you are asked to follow the temple’s rules. Hence proper and modest clothing is required, you should stay quiet, don’t touch anything and don’t take photos of religious practitioners.

Eihei-ji temple was founded in 1244 by Dōgen, the man responsible for bringing the ideas of Sōtō Zen Buddhism from China to Japan. Dōgen established the temple in a very rural area, far from the distracting cities. For the first two years the complex was known under the name Daibutsuji monastery, but was soon renamed to Eihei-ji monastery like it is still known today.

In 1253 Dōgen’s health wasn’t good, and he moved to Kyoto for treatment. Unfortunately he died shortly thereafter. Before his death, Dōgen had appointed Koun Ejo as the next abbot of Eihei-ji. The years following Dōgen’s passing were turbulent for Eihei-ji. A dispute known as “Sandai sōron” started, over who had the right of succession. Eihei-ji was on the hands of the Jakuen Line of Buddhism (Jakuen was one of four figures in the dispute) for more than 200 years, until 1468 when the Keizan line of Busshism took over the ownership (Keizan was a later successor of one of the other 4 original characters in the dispute).

The Keizan line of Sōtō Zen Buddhism is the main Sōtō line in Japan today, and has two main temples; Eihei-ji and Sōji-ji (originally located on the Noto peninsula – now officially in Yokohama). The addition of Eihei-ji as a main temple of Sōtō created some rivalry between the two. One of Eihei-ji’s main claims for it’s importance was the fact that the temple posses the ashes of Dōgen, the founder of Japanese Sōtō Zen Buddhism – the glue binding the two temples together.

Eihei-ji Temple burned down on several occasions over it’s 800 year life span, and so does not remain fully original. The oldest structure remaining today dates from 1794.

The fires have also meant losses of many of the temples valuable treasures and relics. However, some of the treasures from the temples original period of establishment (13th century) have survived at Hōkyō-ji temple about 30km south-east of Eihei-ji. The surviving treasures were saved because Jakuen (one of the four figures in the power struggle of Eihei-ji) left Eihei-ji in 1261, leaving his monks to handle the power struggle. With him he supposedly brought several treasures which he claimed that Dōgen had asked him to guard. For that reason, those treasures have survived.

Bus: from Fukui Station there is a direct bus (30min) to Eihei-ji temple. This bus is called the “Eihei-ji Liner” (永平寺ライナー) and departs about once an hour. The ticket office is located out of the stations east exit. If you aren’t sure, then ask at the tourist information and they will point you in the right direction. Price: ¥750.

Train and bus: from Fukui Station it is possible to take a combination of train (25min) and bus (10min) to get to Eihei-ji temple. At Fukui Station, take the “Echizentetsudo-Katsuyama-Eiheiji Line” train to Eiheijiguchi Station. The bus stop at the station is called “Eiheiji Guchieki Bus Stop“, from there take bus #87 or #88 in direction of Eiheiji (永平寺). Both busses terminate at Eiheiji.

Transfer from Eihei-ji to Ichijōdani Asakura Family Historic Ruins:
While not well documented, it is fairly easy to transfer from Eihei-ji to Ichijōdani Asakura Ruins by bus. A bus departs from Kyofuku bus stop in the city, and stops right by the ruins visitor center. A bus ticket can be purchased inside the restaurant next to the confectionary shop. Busses leave 2-3 times per hour between 9:00 and 15:00. 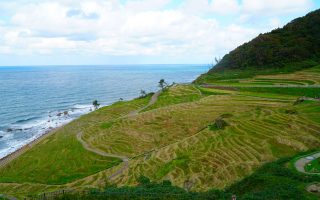 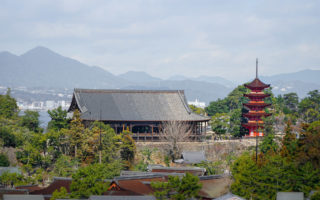