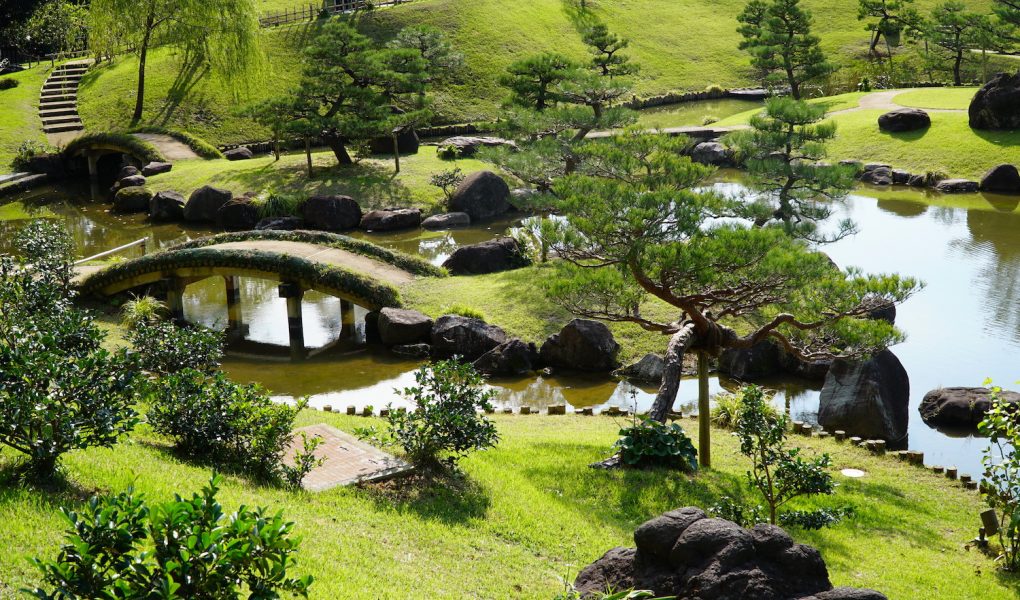 Gyokusen’inmaru Garden is a small Japanese garden located by Kanazawa Castle Park in Kanazawa, Ishikawa Prefecture. The garden is located up against the 22m tall castle wall, and consists of a lake with 3 islands, a waterfall and a circular walking path plus small bridges between the islands. The garden has a small tea house where, most days of the year, visitors can buy matcha green tea with wagashi sweets.

The garden, though not in it’s current form is surprisingly old. It was constructed by lord Toshitsune Maeda in 1634. The Maeda clan ruled the Kaga domain (present day Kanazawa) for centuries, and many of the generations following Toshitsune have added their individual touch to this beautiful little garden. Gyokusen’inmaru is a strolling garden, meaning that it is meant to be experienced by walking rather than sitting. It is thought to have been a private garden for the lord – not a place one brought guests. For the purpose of entertaining guests Kenrokuen-en Garden on the other side of the Castle would be used.

When the feudal system was abolished with the Meiji restoration in 1868, Gyokusen’inmaru Garden was neglected, being a former property of a feudal lord. It wasn’t until 2008 that investigations into restoring the garden were started. Based on research in books, drawings and on-site excavations the work to revive the garden to it’s former glory started in 2013. The work was completed in 2015, and the garden was opened to the public.

Gyokusen’inmaru Garden has a night-light display which can be experienced on weekends and holidays from sunset to 21:00. The display is 7 minutes long and consists of 2 sections. The first section mimics the sunset, followed by an evening display and finishes with a “moon gazing” theme. The second display builds of the four seasons, and loops through the colors and themes of each one to recreate the feeling the season brings us.

Gyokusen’inmaru Garden can easily be reached by foot when visiting Kenroku-en and Kanazawa Castle Park.

Loop bus: the loop bus which runs around Kanazawa stops near Gyokusen’inmaru garden. Both the right loop and left loop can be taken. The stops are respectively RL13 (Korinbo) and LL3 (Korinbo). Alternatively get off at RL8 (Hirosaka) or LL8 (Hirosaka) near the 21st century museum. One-way fare: ¥200. A day pass costs ¥500.
Official Bus website: hokutetsu.co.jp

JR Bus: if you have JR Pass, then you can take advantage of the JR Bus which runs through Kanazawa. It is free for holders of the Japan Rail Pass. The Korinbo Line, which departs from Kanazawa Station, stops near Gyokusen’inmaru garden. Get off at stop 4 (Korinbo) or stop 5 (21st century museum) when departing from Kanazawa Station.
Nishinihon JR Bus website: nishinihonjrbus.co.jp 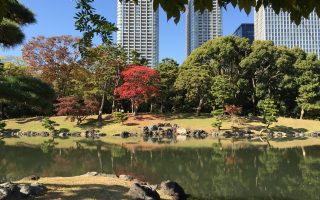