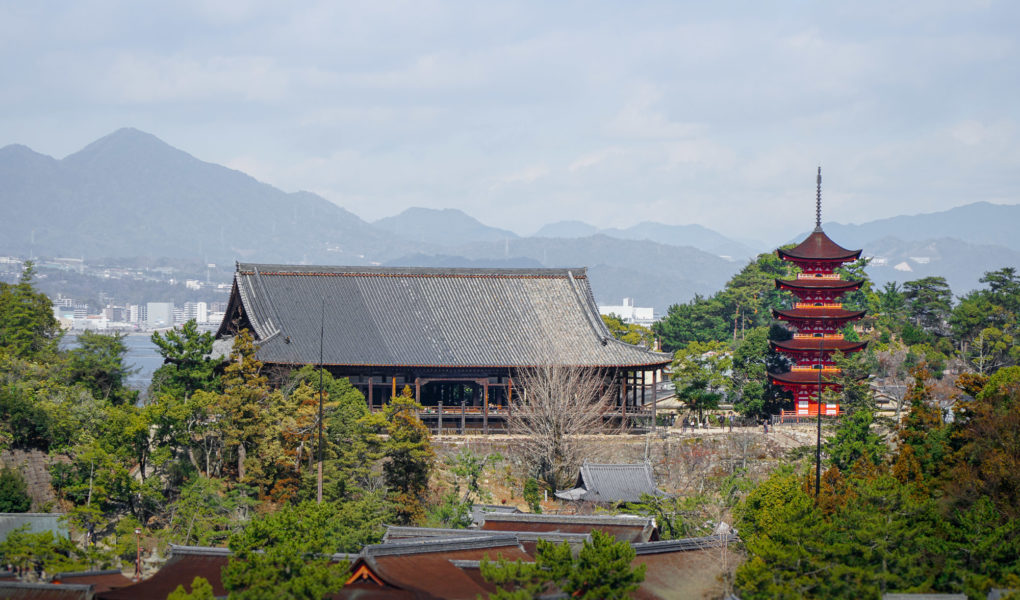 Senjokaku Pavilion (千畳閣,), literally meaning “1000 tatami mat pavilion” is a large, unfinished 16th century wooden hall on Miyajima in Hiroshima Prefecture. The hall’s construction was initiated by the former Shogun Hideyoshi who died before it was finished. The sparse hall with it’s many paintings has a mystical atmosphere to it. Near the hall is a beautiful, red 5-story pagoda from 1405.

Toyotomi Hideyoshi (1536-1598) is considered one of the 3 great unifiers of Japan. He was one of three leaders who managed to unite the country of Japan. In 1587 Hideyoshi gave the orders to construct Senjokaku, the largest building on Miyajima. Senjokaku was meant to function as a buddhist library where sutras could be chanted for soldiers who had fallen in battle.

12 years later, in 1598, Hideyoshi died and the enormous building was never finished. Tokugawa Ieyasu had taken over the power of Japan, and Hideyoshi’s project was abandoned. The unfinished appearance of Senjokaku has remained till this date, and is quite a unique sight in Japan. The hall has a unique atmosphere, and while it lacks the gold decorations, lanterns and statues normally found in a temple or shrine, it does have mind boggling number of ancient paintings hanging from the ceilings.

In 1868 the Meiji revolution happened. The power was taken from the Tokugawa shogunate and returned to the imperial rule. As part of the revolution, or restoration as it is sometimes called, the two religious paths of Shinto and Buddhism were forced to separate. Over the past centuries, the two paths had to some extend merged, but with the Meiji restoration they were separated and many buddhist properties were destroyed. As a result, Senjokaku was changed to a shinto shrine in 1872 and rededicated to the spirit of it’s founder Hideyoshi

By foot: Senjokaku Pavilion is located on a hill next to the famous Itsukushima Shrine. From the ferry port it is a 10-15 minute walk through the busy commercial street of the port town, to Senjokaku Pavilion. 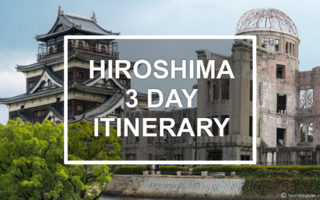