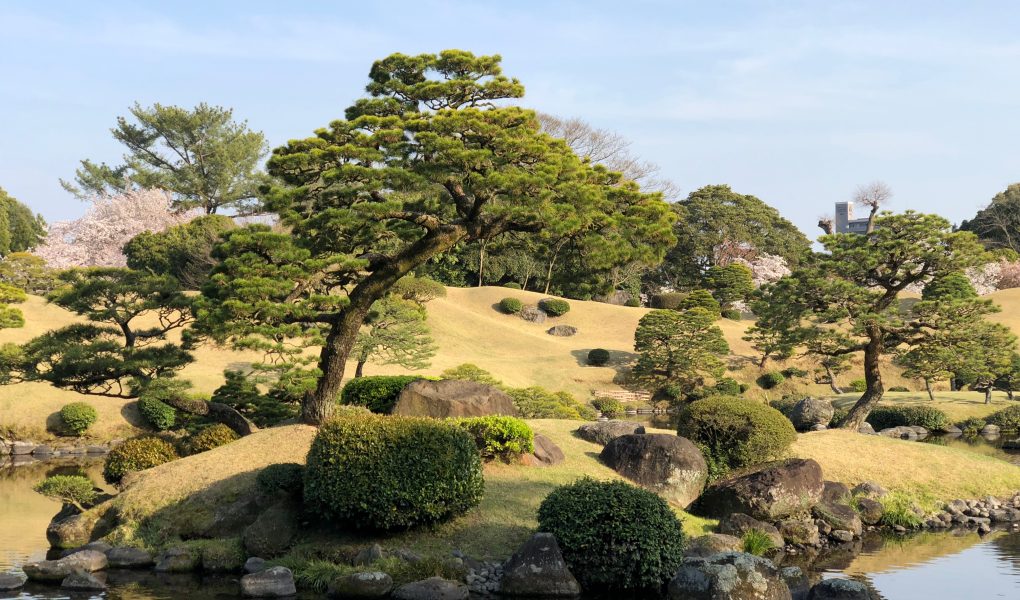 Suizenji Jojuen is a beautiful Japanese landscape garden located in Kumamoto, Kyushu. The garden, which is modeled over the 53 post stations of the historic Tokaido road, has a miniature replica of Mount Fuji amongst its attractions.

Suizenji garden takes its name after a temple “Suizen-ji” which used to be in the area where the park is today. In 1636 lord Hosokawa, a local feudal lord founded Suizen-ji joju-en as a tea garden. I’ve read in several places that he chose this spot for his tea garden because of the quality of the water in the pond was perfect for tea making – likely because the pond is fed directly from a natural spring. This guy must have been really serious about his tea. The spring water originates from near-by Mount Aso, and takes years to reach Suizenji through the underground. The water, which apparently has a very constant temperature of 18°C (64 F), is said to extend the life of the one who drinks it.

Today the Suizenji garden is a central tourist attraction in Kumamoto, and is definitely one of the city’s must-visit places together with Kumamoto Castle. The stunning scenery of the park is said to be modeled over the 53 post stations of the Tokaido road, an old road which used to link Edo (Tokyo) with Kyoto. Along the path are several miniature replicas of well known landmarks which the traveler on the Tokaido road would pass. Firstly, you cross a bridge which likely represents the Nihonbashi bridge in Tokyo. Nihonbashi bridge was the starting point for the Tokaido post road. Later you pass a hill shaped like a miniature Mount Fuji.

I’ve had a really hard time finding good sources for the comparison of the park to the Tokaido road – even Kumamotos official tourism website is unclear about this topic. The closest I came to a reliable source on this topic was a leaflet given to me when I entered the park. The fact that there is a relation between the layout of Suizenji Park and the Tokaido post stations seems to be widely accepted nevertheless.

The temple which was originally located where the park is today, no longer exists. However two shinto shrines have been constructed inside the park. Izumi is a large and dominating shrine, Inari Daimyojin is small and often overlooked.

This shinto shrine is large and beautiful, located on the side of Suizenji park. The shrine was constructed in 1878 and is dedicated to the Hosokawa family who founded the park. It is also near Izumi Shrine you find the spring fountain of longevity. Drinking from this fountain will give you a long life. The shrine was burned down during the second world war, so the building you see today is a reconstruction. In my opinion you have the best view in all of the park from the open space in front of this shrine. When standing in front of the shrine, turn around and enjoy the beautiful view over the lake and park.

The much smaller Inari Daimyojin shrine is located close to Izumi shrine. Follow the main path past Izumi and stay left when the path starts to split in all directions.

Inari is the shinto god of rice and protector of food and crops. He is probably one of the most worshipped gods in Japan with almost 3000 officially registered shrines dedicated to his name. The number of shrines is estimated to be 30-40,000 if you include unregistered and private shrines. Hence you will run into quite a number of “Inari” shrines across the country.

Inari shrines often have statues of foxes (Kitsune in Japanese) holding an item in their mouth. Typically this item is a key, a jewel or a scroll. You also often find a large number of red Torii gates leading up to the shrine.

In the park you will also find an old thatched tea house (Kokin-Denju-no-ma tea house). The tea house was relocated from the Kyoto imperial palace in 1912, so it’s a structure with a unique history. Therefore, if you have never tried a traditional Japanese tea ceremony then this is your chance! It’s a really unique experience and you get to have it in a tea house once reserved for the imperial family!

By train: from Kumamoto station take the JR Hohi Line to 3 stops to Shin-suizenji station. From here it’s a 15 minute (1km/0.6mi) walk to the park entrance.

By tram: the tram lines A (red) and B (blue) both stop right in front of the park entrance. The stop is either Suizenji Park or Shiritsutaiikukan-Mae Station. Both are very close.

Taking a tram in Japan is much like taking the bus. I recommend that you read my post How to take a bus in Japan if you haven’t tried it before.

Don’t know if you should get a JR Pass for the JR Trains?, then check out my post about the Japan Rail Pass. 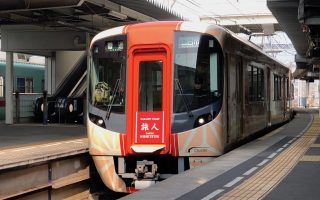 Fukuoka, Getting around, Kyushu, Temples and Shrines

How to get to Dazaifu Tenmagu Shrine 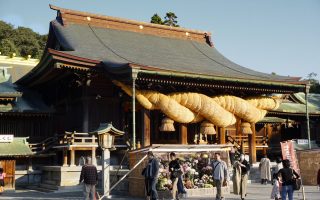 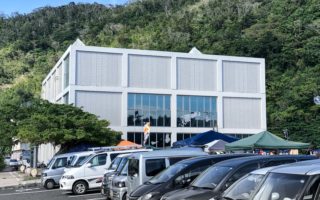