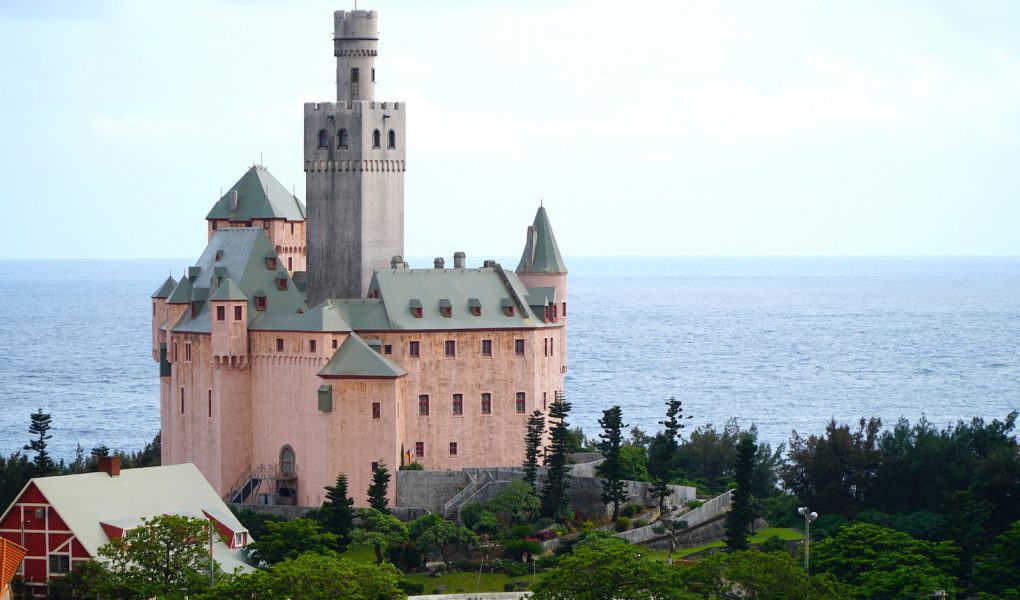 Ueno German Culture Village is a German theme park located on Miyako Island. The main attraction in the park is the large replica of Marksburg Castle, along with two sections of the Berlin Wall which is housed in the castles museum.

“Deutsches Kulturdorf Ueno” as this place would be called in German, is your typical kitschy Japanese foreign theme park. It is a mix of a theme park and a museum. The construction of the park commenced in 1987 and it was finally opened in 1996, on the site of a second memorial to a German shipwreck in 1873 (the first, and original memorial was near Hirara Port).

The park is centered around a huge replica of Marksburg Castle, which inside serves as a museum of German culture. There is also a children’s house with toys and activities for kids, a German restaurant, rental costumes, an indoor pool and a semi-submersible boat ride called Sea Sky, departing from nearby Hakuai fishing port. Another popular attraction is a rock with a hole shaped like a heart. The heart rock is located a few meters out in the sea, and can be observed from the parks walking paths. There is also a suggested 6km walking path in the surrounding area. A map of the walking path is shown outside the gate.

The facility took some damage in a typhoon in 2003 and hasn’t been fully restored. It does however continue to operate.

History and the relation to Germany

The relation to Germany, which eventually resulted in the construction of the Ueno German Culture Village, starts in 1873 – before the Ryukyu Islands were annexed by Japan. The German ship “R.J. Robertson” shipwrecked near Miyakojima in a typhoon. The locals, knowing the dangerous sea well, rescued the German crew by rowing out in a small boat and bringing them to land. Here the sailors were well taken care of by locals, and after only 31 days they started their journey back to Germany.

The German emperor of the time, Wilhelm I, was overly pleased with the treatment the shipwrecked sailors had received, and decided to donate a commemorative monument to the island. The monument was unveiled in 1876 near Hirara port.

The Ryukyu Kingdom was annexed by Japan just a few years later, in 1879. The monument, which the locals call the “friendship monument”, was used by the Japanese government as a proof of a long friendship with Germany. In 1936, for the 60th anniversary of the erection of the monument, a second monument was revealed near the current Ueno German Culture Village. The new monument reads “The land of German merchant marine distress” and can be seen on the premises of the modern day theme park.

By car: Ueno German Culture Village is located on the southern coast of Miyako Island, about 25 minutes from Hirara city. From either end of the island you can take main route 390 until you see signs for “ueno german culture village”

By bus: bus #9 and #A stop at “Sea Breeze Casual Mae” (hotel) which is the nearest bus stop to Ueno German Culture Village. From here it is a 25min walk (2km) to the park entrance.

The busses in the Miyako islands are not well documented when you are on the island and they are very infrequent. If you must take a bus, then you can find information about the stops and schedules at kotsu-okinawa.org. 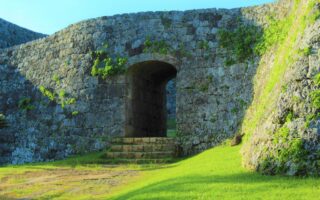