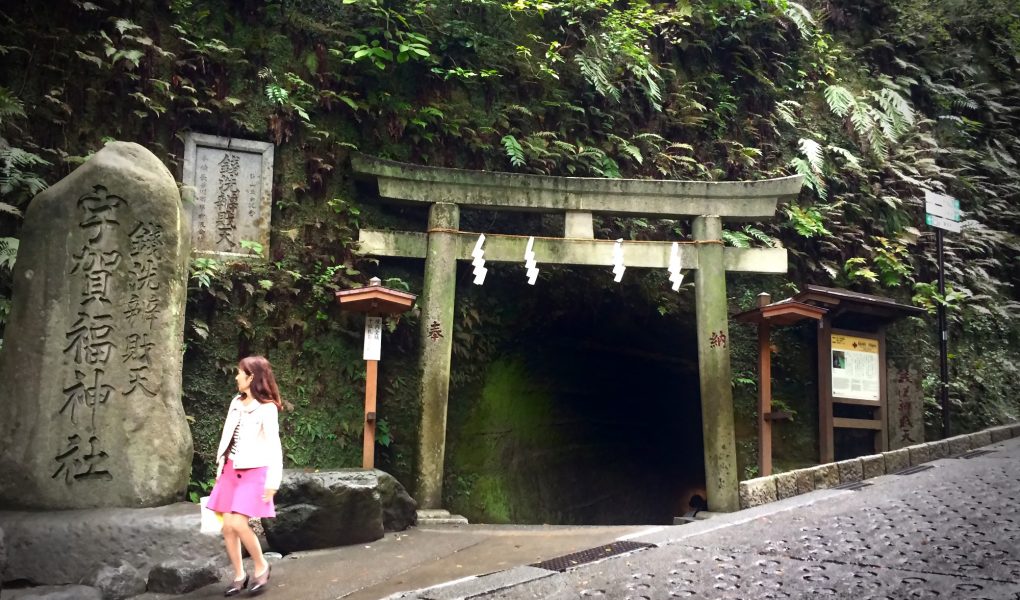 Zeniarai Benten Shrine (Zeniarai Benzaiten Ugafuku Jinja) is a very special shrine located in Kamakura. Visitors come here to wash their money, with the hope that they will double.

Hidden in the hills on the edge of Kamakura, is one of the most unique shrines of Kanto. Zeniarai Benten Shrine is completely surrounded by steep rock walls, and is entirely invisible from the outside. The shrine can only be accessed through a tunnel penetrating the wall, or via a narrow footpath on the backside. Inside this small “oasis” is a dark cave, in which a spring emerges from the rock. Legend has it, that money washed in the waters of this spring, will double.

With this legend it isn’t surprising that both people in need of money, and people starting a new business adventure, come here to worship and pray for multiplication of their finances.

Legend has it that Minamoto no Yoritomo, who founded the Kamakura Shogunate, had this shrine constructed in 1185. He did so after having a dream where the god Ugafukujin (god of waters) told him to go northwest to a magical spring and worship there, in order to bring peace to the country. The story goes that he had this dream on the day of the snake in the month of the snake. Adding to that, Ugafukujin is objectified in the shape of a snake with a human head. The shrine is dedicated to a kami called Benzaiten (shorted Benten). Benten is a fusion of the shinto kami Ugafukujin and the buddhist goddess Sarasvati.

The money-washing started a little later, in 1257, when Hōjō Tokiyori (5th ruler of the Kamakura shogunate) encouraged people to come here and wash their coins, promising that the money would multiply if they did so, and grant a prosper future for their descendants. Tokiyori himself practiced coin washing here, and people would over time being to copy his practice. The tradition continues to this day, where visitors must expect to wait in line to pay for a washing basket.

Zeniarai Benten is a very rare example of Shinto and Buddhist religions combing. The fusion of the two belief systems was very common up until the Meiji restoration in 1868, where Buddhism was abolished. As a result of the abolishment, Buddhism and Shinto were separated completely from each other. For most shrines it meant that Buddhist buildings and monuments located on same property as a shrine, were torn down. Zeniarai Benten is unique because it is one of few shrines which still stands as a combined Buddhist and Shinto shrine.

By foot: from Kamakura Station, the shortest route is 1.5km (20 minutes) along the road. Alternatively one can take the hiking trail through the forrest. There are no busses to this shrine.

From the Great Buddha: if you have visited the Great Buddha, then the “Daibutsu trail” is a good way to move to Zeniarai Benten. The shrine is located along the hiking trail.

From Tokyo: take the Yokosuka Line (JO) from Tokyo Station, Shimbashi Station or Shinagawa Station, and get off at Kamakura Station. The ride is just under 1 hour, and is covered by the Japan Rail Pass. 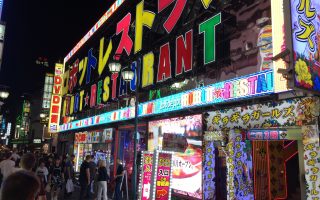