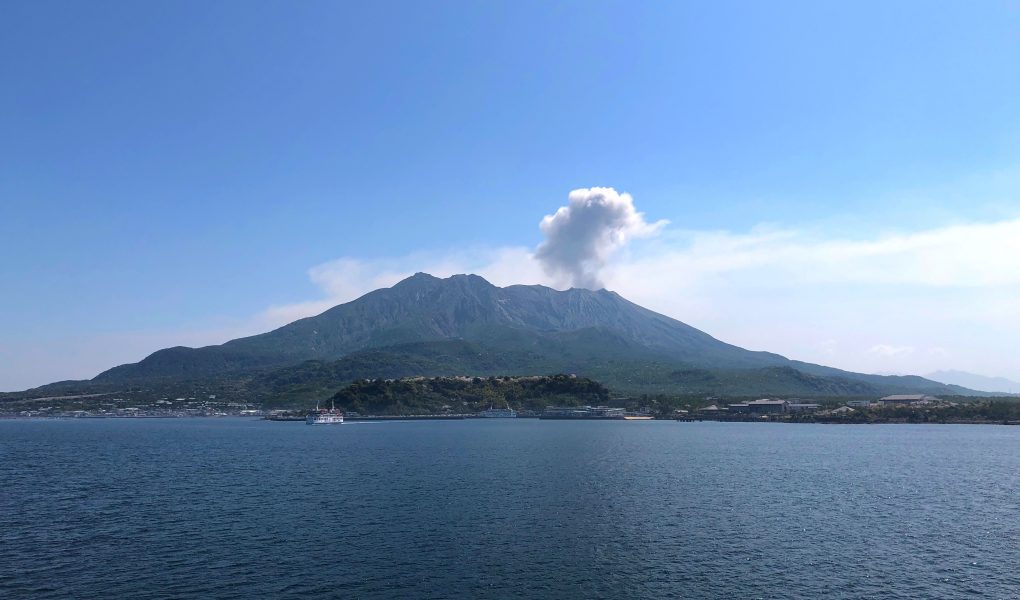 Sakurajima is an active volcano located in southern Japan. During an eruption in 1914 Sakurajima was transformed from an island to a peninsula. The volcano is one of the most active in Japan, and is a local attraction.

Sakurajima makes a perfect day trip from pretty much anywhere in Kyushu. Personally I went to Sakurajima as a daytrip from Fukuoka, which was no problem. The train connections to Kagoshima are good and the ferry to the island leaves frequently.

The volcanic “island” offers some of Japans most stunning views, and also has some nice attractions for visitors. The biggest attraction is of course the smoking volcano itself.  Hundreds of smaller eruptions happen every year, and a cloud of smoke can be seen rising from the volcano at any point in time. The intensity of the smoke may vary, but it is truly a spectacular sight regardless the intensity.  As a result of the high level of activity the entire island, and sometimes even the city of Kagoshima, can be found covered in a fine layer of gray volcanic ash.

The soil on Sakurajima is great for farming, which the locals benefit greatly from. The island has become specially famous for its gigantic Sakurajima Radish which is the size of a basketball and typically weighs 6kg (13lbs). The island is also famed for its Komikan mandarins, which have a really delicious and delicate flavor. They can be bought around the island. I found some in the Lawson near the ferry terminal.

The island can feel a bit isolated despite actually being a peninsula. Therefore I was very happy to learn that there was both a Lawson and a Family Mart convenience store near the ferry terminal. Lawson even has a little area where the local farmers produce can be purchased.

There appeared to be a few restaurants too, but I didn’t have much success in finding an open one when I arrived but i’m sure you can if you really want to.

There are public restrooms by the Nagisa Footbath, few minutes from the port.

This is the observation point the closest to the crater of the volcano. It’s about 2.5km (1.55mi) away, which is quite near. Yunohira Observation point is also the nearest observation point from the ferry terminal. It’s close enough that you can actually walk there if you are in good shape – and yes, you need to be in a good shape. It’s a 6km walk pretty much uphill the entire way. The observation point is located up the mountain, at 373 meters (1224ft). I did the walk myself and have made a separate post on how to hike there.

A few minutes from the ferry terminal, just across from the Sakurajima Visitor Center, you find the free Nagisa Footbath. The footbath uses the water of a natural hot spring and is a perfect way to relax your feet after walking around Sakurajima. Long benches covered from the strong sun are set up with a beautiful view of the ocean. It’s almost unbelievable that the footbath is free with such a nice view.

The footbath is open until sunset and you can get towels at the visitor center for ¥300 if you need that.

The Nagisa Lava Trail is a unique walking path through 3km (1.8mi) of untouched lava fields. The area was created by the lava flow of the large 1914 eruption, and hasn’t been touched since. It’s a great opportunity to observe how nature evolves over a period of a hundred years if left untouched. The landscapes are rough and beautiful, with the sea on one side and the characteristic lava rocks on the other.

The trail head is behind the visitor center, near the footbaths.

Karasujima used to be a small island off the coast of Sakurajima. However following the volcano’s eruption in 1914 the island was connected with Sakurajima by the lava flowing down the mountain. Today there’s a good spot for observing the volcano where the island used to be. Karasujima Observation point can be reached by foot from the port in about 30 minutes (3km). Visiting the observation point combines nicely with walking the Nagisa Lava Trail as it is located along the path.

This torii gate of the Kurokami Shrine is one of the more peculiar attractions on the island.  The gate was almost completely covered by volcanic ashes during the 1914 eruption. The top still sticks out, and helps you get an idea of just how much ash was spewed out of the volcano back then. The torii gate is a good way to help you grasp just how extreme such an eruption is.

Located near the Kurokami Shrine Gate, this observation point can easily be visited in connection with seeing the torii gate. The observation deck gives a great view of the volcano and the plain leading up to it.

The Great Lava Road, not to be confused with Nagisa Lava Trail, is a network of walking paths in a beautiful lava field on the southern part of Sakurajima. At the entrance there are a few small shops or stands, which gives this trail a bit more of a touristy feel than the Nagisa Lava Trail. The environment is very rough and different from the Nagisa Trail since it is a bit further inland. Both lava trails are worth a visit, however visiting The Great Lava Road requires you to take a bus or a car.

This observation point is located within the network of walking paths which make up The great Lava Road. It offers a nice broad view of the volcano.

This is a play ground for children, so if you are hoping to find fossils or a museum, then you will be disappointed. This park has a number of full sized dinosaur statues for kids to play around, on and in. The Sakurajima Dinosaur Park is a great place if you travel with kids. You can walk to the park from the ferry terminal, but there’s a bit of uphill walking included.

Sakurajima translates directly to Cherry Blossom Island. A romantic name which at first seems quite misleading for something as violent as an active volcano. Upon looking at a map it’s also clear that it isn’t even an island.  Nevertheless the name is justified. Sakurajima was an island until 1914 when a huge eruption resulted in lava flowing down the side of the volcano, covering small neighbouring islands and finally reaching a nearby peninsula connecting the island to the mainland. The “Sakura” part of the name is a little harder to explain. Though a large number of cherry trees can be found on Sakurajima today, the name doesn’t have anything to do with the island being covered in them.

There are multiple theories on the origin of the islands name. Some theories explain the name with cherry blossoms being seen floating on the ocean before the creation of the island. Others claim it’s named after an important local man, Sakurajima Tadanobu.  However the theory I have found the most likely is that Sakurajima is named after the goddess Konohanasakuya-hime.

Sakuya-hime, a goddess in Japanese mythology, is the daughter of the god of mountains, Ohoyamatsumi. Ohoyama has two daughters: Sakuya-hime, the “Cherry Blossom Blooming Princess” and Iwa-naga-hime, the “Rock Princess”. They occur as a kind of opposites, Sakuya beautiful and short lived like a cherry blossom. Iwa-naga ugly and long lived like a rock.

Sakuya-hime became a symbol of the delicate and bypassing human life on earth, symbolized through the “sakura” cherry blossoms, which live for only a short time. The story goes that Sakuya married a god named Ninigi. When Ninigi asked Ohoyama for his daughter, he was instead offered the older daughter Iwa-naga. Ninigi declined the offer, and Ohoyama reluctantly agreed to let his beautiful daughter go instead. In making this choice, Ninigi is responsible for human life being delicate and short rather than everlasting like a rock.

To explain the relation to the volcano of Sakurajima, we need to explore what happened after the marriage of Sakuya-hime and Ninigi. Sakuya announced her pregnancy one day after the marrige, supposedly making Ninigi suspicious. Offended by his suspicion Sakuya went in to a “doorless hut” and put it on fire, claiming that if the children she carried were truly his (hence gods) they would survive the fire. Sakuya-hime protected the children and they survived the fire proving that they were Ninigi’s.

Sakuya-hime became associated with volcanoes partly because she was the daughter of the mountain god, and partly because she was able to protect her kids from the fire. Hence protecting people from the fire mountains (volcanoes) makes some sense. Today she is the goddess of flowers and volcanoes, and is mostly associated with Mount Fuji, but is generally considered the goddess of volcanoes. Hence I find it plausible that the name of Sakurajima relates to this goddess.

There are a few ways of visiting Sakurajima. By foot, by car, by tourist bus or by local bus – each method of transport has it’s advantages.

You will limit yourself to the attractions near the ferry terminal. Walking between the attractions does however give you a really good sense of the island environment and nature. If you are in a good shape, then I really recommend to do some walking.

You can basically go where ever you want, and you won’t be stuck anywhere waiting for an infrequent bus. A car however might not be a possibility for everyone.

The tourist bus is a good and affordable way to get around to the most popular attractions. The Sakurajima Island View Tour Bus drives in a loop between the most popular sights on the island, and makes brief stops at every attraction so you can get out and snap your photos. The first tour bus of the day departs from the ferry terminal at 9:00. There’s a new tour starting every 1h5min (yes weird timing) – the last round of the day is at 16:35 from the ferry terminal. A day pass for the Island View Tour Bus is ¥500 in 2018. If you just want to take the bus for a part of the loop you can buy cheaper tickets.

Regular busses run around Sakurajima, with the ferry terminal as starting point. Two lines exist, one going north and one going south. These busses are great if you want to see the attractions which are further away – like the Kurokami Shrine Gate or the Arimura Observation Point. The busses are infrequent, so plan well. The two bus lines are covered by the “Welcome Cute” transportation pass of Kagoshima.

The southern route costs ¥370 and you pay on the bus when you get off.
Departure: Ferry Terminal Bus Stop #4.
Frequency: 1 bus per hour.

The northern route costs ¥600 for a day pass, and the ticket must be purchased from the counter at the first floor of the ferry terminal.
Departure: Ferry Terminal Bus Stop #1.
Frequency: 1-2 busses per 2 hours.

Check the Kagoshima Tourism website for up to date information about busses.

I have created some itineraries for visiting Sakurajima. Please read the “Sakurajima Itinerary” post to learn more.

If you are looking for a place to stay, then check out some hotels, hostels or airbnb apartments in the area.

I can also recommend you to check out my posts on how to visit Japan on a budget, and my post about the Japan Rail Pass. Both these posts can potentially save you some money.

Head over to the detailed post on how to get to Sakurajima. 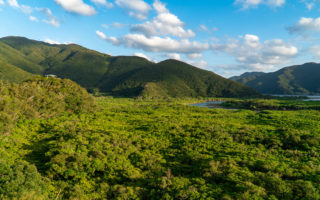 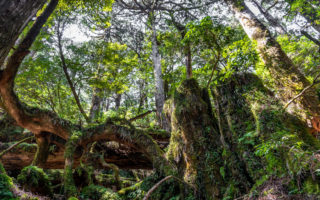 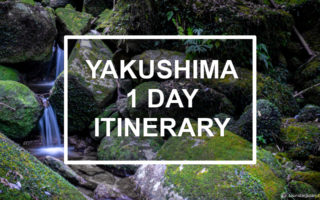