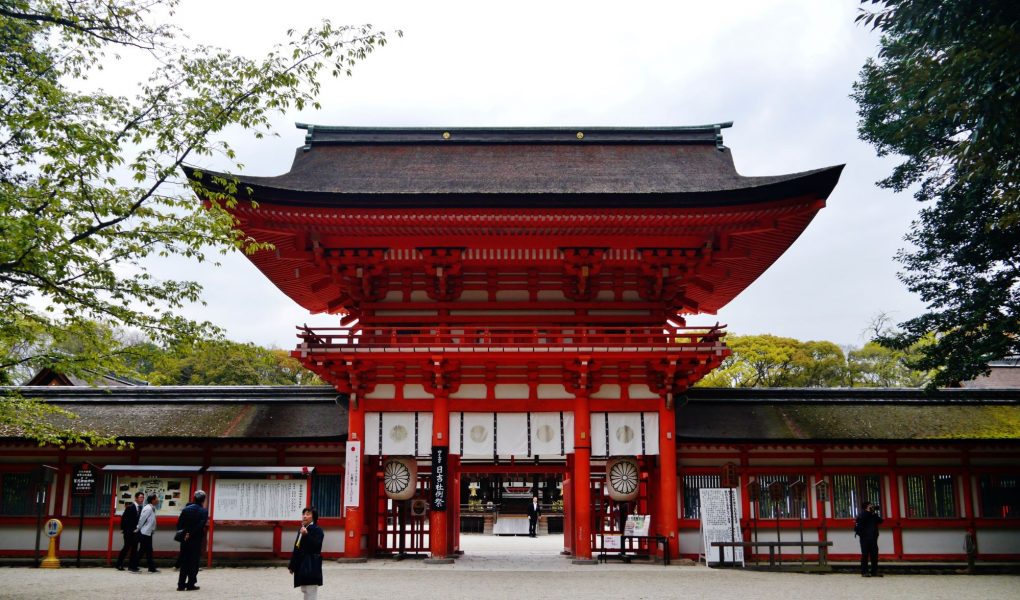 Shimogamo-jinja is one of Japans oldest shinto shrines. The shrine stands as a perfect picture of the classic Japanese shrine, with vermilion colored torii gates and buildings, paper lanterns, beautifully kept premises and overall peacefulness and tranquility. Shimogamo-jinja is postcard worthy, so if you only visit one shrine in Kyoto, you should definitely make it Shimogamo-jinja.

Established in the 600’s (7th century), Shimogamo-jinja is one of Japans oldest Shinto shrines. Shimogamo is closely associated with the Kamigamo, another shrine located about 3km further north. The two shrines were established to protect the city, which we now know as Kyoto, from bad influences. In fact the shrines are so old that they predate Kyoto’s status as capital (794-1869). Both shrines are listed on UNESCO’s list of 17 Historic Monuments of Ancient Kyoto.

Shimogamo lies in a remarkable ancient forest, near the point of convergence of the two rivers Kamo and Takano. The forrest, called Tadasu no Mori, is ancient. Even though it has shrunk as the city has grown around it, Tadasu no Mori remains a large refuge of peace and tranquility in the bustling city. As you walk through the forest, slowly approaching Shimogamo Shrine, it is easy to forget that you are in one of Japans busiest cities. Around you are enormous and majestic trees (some as old as 600 years), hiding the city from your view. Eventually you will see, at the end of the path, the towering, vermilion colored Rōmon Gate which marks the entrance to the shrines premises.

Once past the Rōmon Gate, many beautiful sights await. The arced, red fenced Taikobashi bridge, the Mai-dono Hall with it’s many lanterns, the Mitarashi Shrine beautifully located above a spring. Shimogamo-jinja is located right in the middle between the Golden Pavilion and the Silver Pavilion, so a visit to those temples can conveniently be combined with a stop at Shimogamo.

Still located in the Tadasu no Mori forest, but outside Shimogamo-jinja’s grounds, are two smaller shrines – the Aioi Shrine and the Kawai Shrine.

Aioi Shrine, located near the Rōmon Gate, is a small complex dedicated to the god of marriage. Married couples come hear to pray for a healthy relationship, and people hoping to find true love come here to pray for luck. To complete the theme of love, a set of intertwined trees stand near the shrine – symbolizing the two individuals merging to one.

The Kawai Shrine, located at the southern end of the Tadasu no Mori forest, is dedicated to the god of mariage, childbirth and women. Over the years, the shrine has become a place where people, especially women, come to pray for beauty. The Ema wish plaques offered at this particular shrine are shaped like a hand mirror, and visitors decorate the plaque with faces to resemble themselves or the ideals they are praying for. Near the shrine’s main hall there’s a stone, which is said to give you healthy skin, if you touch it and afterwards touch your face. Small glasses of beauty water are also available for purchase at the Kawai Shrine.

Artifacts found in the Tadasu no Mori forest, which surrounds the shrine, suggests that the area has been in use for around 2000 years. However, the first construction of a shrine was in the 7th century, under Emperor Tenmu. Japanese shrines heavily depended on donated land to grow crops back then, but Shimogamo-jinja started out with a mere 1 hectare of land. Records show, that just 300 years later, that number had grown, together with the shrines popularity, to an impressive 689 hectares.

With the move of the imperial court to Kyoto in 794, the city grew, and Shimogamo-jinja became increasingly popular – in part due to the imperial family supporting it. Under the rule of Emperor Saga (809-823), Shimogamo peaked in popularity. Saga was also the first emperor to dedicate his daughter as Sai-in (maiden of the shrine). The Sai-in would visit the shrine once yearly, for purification. This visit, which was a big deal, eventually transformed into the famous Aoi Matsuri festival, which is still hosted at the shrine today.

During the 1200’s, the shrines funds starting diminishing. The importance of Shimogamo jinja seemed smaller and smaller with the years. Civil wars raged in the late 1500’s to early 1600’s, and concluded with the establishment of the Tokugawa shogunate. The importance of the emperor became minimal, and so did that of the shrine, which had lived well on the prestige that came along with the imperial visits.

Shimogamo-jinja conforms to the Shikinen Sengu system – a system that dictates that a shrine must be completely rebuilt every 21 years. This ceremony is performed for spiritual purification, but has the positive side effect that traditional building methods and techniques are preserved through generations. While all of Shimogamo-jinja’s buildings are designated national treasures or have similar status, it is not possible to reconstruct the shrine every 21 years. Instead of a complete reconstruction, renovation is done on the buildings.

By subway: the nearest subway station is Kuramaguchi Station, which is serviced by the Karasuma Line. From there it’s a 20 minute walk (1.4km) to Shimogamo Jinja. Alternatively, take the subway one more stop to Kita-Oji Station, where you can catch bus 1 or 205 to Shimogamo Jinjazen Bus Stop, right next to the shrine.

By train: if you prefer to transport yourself on the Keihan Main Line, then the nearest stop is Demachiyanagi Station. From there you can either walk 12 minutes (1km) or walk 4 minutes to Kawaramachi Imadegawa Bus Stop and take bus 1 or 205 to Shimogamo Jinjazen Bus Stop. 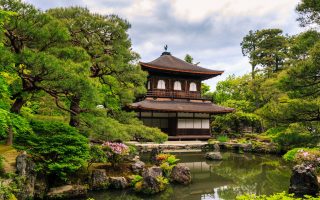 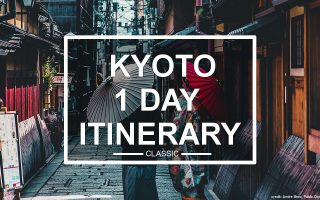