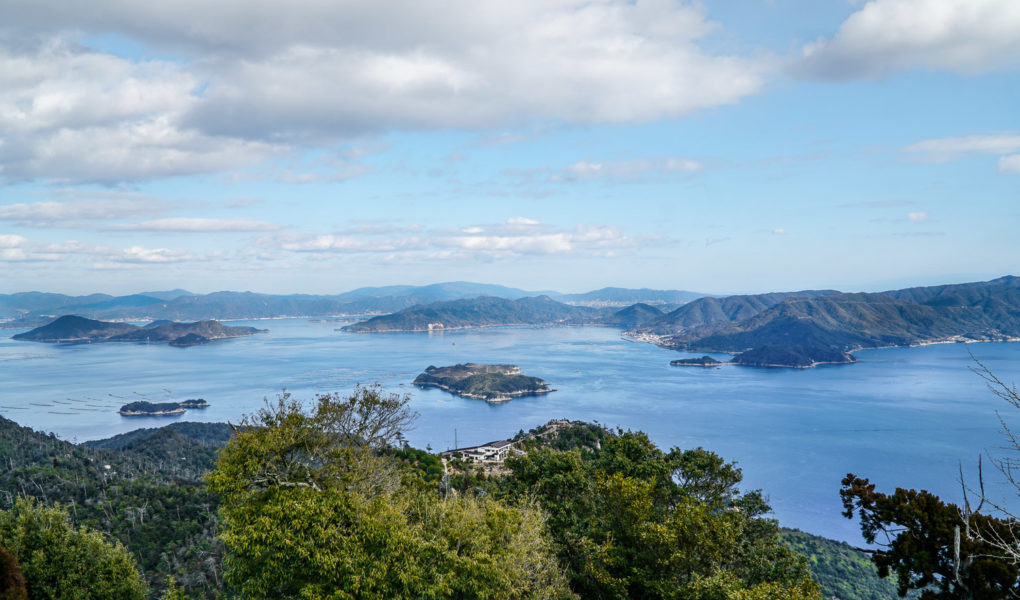 Mount Misen on Miyajima has for centuries attracted humans. The mountain has been considered sacred since at least the 9th century, and today remains a very important mountain for the shrines and temples in the area. There are multiple hiking trails, of different difficulties, on and around Mount Misen.

Mount Misen isn’t a very high mountain, with it’s highest peak at 535 meters (1755ft). However, being on an island, the views from the top of the mountain are undisturbed and stunning. There are views over Hiroshima bay and the Seto Inland Sea. On a clear day one can see Hiroshima City. Many hiking trails on Miyajima lead up to the peak of Mount Misen, but there are also other trails, which are often overlooked by visitors.

This article splits the hiking trails in two groups; those which lead to the peak of Mount Misen, and those which are more near the foot of the mountain. Only trails related to the Misen area are covered here. The trails in the south-western part of the island are not covered in this article.

There are three courses leading up to the peak of Mount Misen from the port town area. Walking to the respective trailheads takes between 20-30 minutes depending on which trail you are aiming for. The courses vary slightly in length and difficulty. The Omoto and Daisho-in courses are generally considered to be the routes with the best views.

? Mt. Misen Hiking Map by Japanese Ministry of the Environment

The Omoto courses starts at the entrance to Omoto Park, near Miyajima Public Aquarium. It is the longest of the three routes. The Omoto Trail offers many points of interest along the route. Firstly, the route passes through Omoto Park, which is known for “Omotogankai”, meaning “sea of boulders”. It is an interesting ravine packed with enormous boulders. Later it passes the Fujiiwa Rock, Iwayataishiryuketsu Cave and Komagabayashi Forest and peak, before joining the main route at the Niomon Gate near the top. From there the trail leads towards Misen Peak and observatory.

The Daisho-in course starts at Daisho-in temple, which is also the main attraction along the path. Start out by visiting the temple, before venturing up along the Shiraito river, straight through the Misen Virgin Forest – a Natural Monument of Japan. Near the top, the trail joins the main path at Niomon Gate. From there the trail leads towards Misen Peak and observatory.

The Momijidani course starts at the Momijidani Park, a park of Japanese Maple Trees, known for their spectacular red colors during fall. The trail continues to follow the Momijidani River up the mountain. The trail joins the main path near the top, about midway between the upper ropeway station and Misen Peak and observatory.

Other Hiking Trails near Mount Misen

This course goes by two names, either the Sukai Course or the Tsutsumigaura Nature Trail. The trail starts near Momojidani Park (show trail head on map) and takes you over a lower, forest covered part of the mountain. Bakuchio Ridge is one of the first points of interest along the path – a historic location used for a sneak attack during a war in 1555. Later there is a nice viewpoint overlooking the bay. Tsutsumigaura is mostly a nature trail, and sees fewer hikers than the more popular trails to Mount Misen. After descending the mountain, the path continues to Tsutsumigaura where there is a camping area and popular beach. The described stretch is just over 2km and takes roughly 60 minutes to walk. From Tsutsumigaura you can either take a bus back to Miyajima Port, or extend the hike.

When you arrive in Tsutsumigaura there are some options for extending the hike. The first option is to continue south, along the road to Koshibosoura Bay and the Ojari rock formations (add 4.3km / 60min each way). Alternatively you can head north from Tsutsumigaura and follow the road along the coast, back to Miyajima port (3.3km / 40min) – the same route as the bus.

? Tsutsumigaura Hiking Map by Japanese Ministry of the Environment

? Miyajima Carp Taxi (operator of Maple Liner)
The maple liner is a shared mini-taxi which runs like a bus.

Uguisu Course follows a small, paved road starting at Nagahamajinja Shrine near the port area. The road runs on the hill behind the town and passes Momijidani Park.

The Asebi Course connects the trailheads of the Daisho-in Trail and the Omoto Trail. There are several cherry trees along this path, making it a great way to experience the famous Japanese cherry blossoms (sakura) during spring. It is also a nice way to move between the two attractions, Omoto Park and Daisho-in Temple. 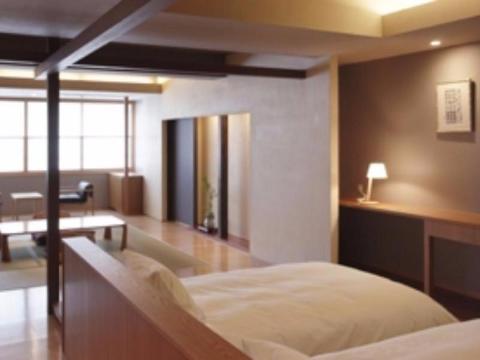 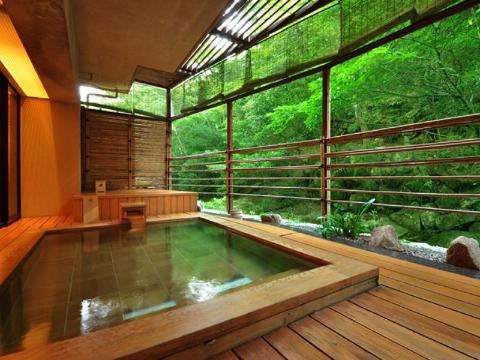 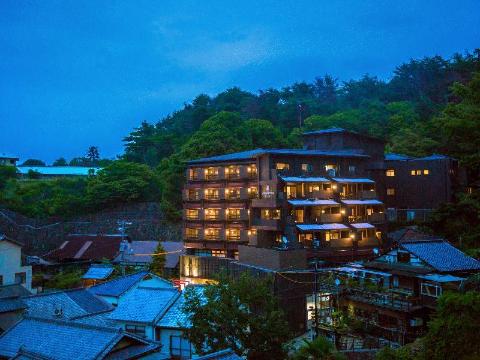 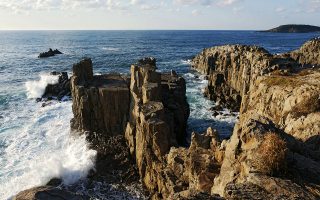 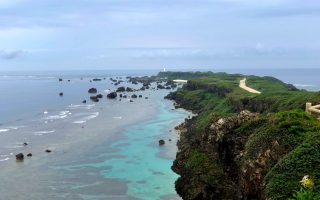